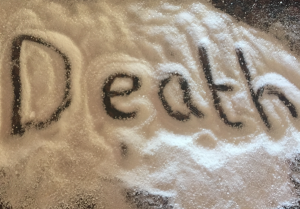 More Dangerous Than You Think

Cocaine use is reaching epidemic levels with the UK branded the coke capital of Europe.

You may not have any awareness of the effect of even casual use of cocaine on mental and physical health. The paranoia on the comedown and the actual lethal effects that can kill.

You may not think “Can cocaine kill me?” but the facts show it can and does. It certainly contributes to death. We have launched our FREE Quit Cocaine Online Course Here.

NHS figure show people admitted to hospitals with drug poisoning has risen for a third year with over 18,000 in 2018-19 claiming the rise is linked to cheap cocaine which could be mixed with all sorts of toxic poisonous products.

A client told me his friend moved to the seaside to get away from the local cocaine market, he managed to stay clean for two weeks until he found the local dealer, he was found dead in his apartment having swallowed his tongue vomiting after a cocaine binge.

We get many clients who have a wake up moment after someone they know dies from the effects of cocaine.

A mum died whist having abnormally high levels of cocaine in her system. Lyndsey Ann Hughes collapsed at her home and died 13 days later aged 34 whilst pregnant with her seventh child….

Another client told me of a friend who mysteriously died of a heart attack aged 52. He was a heavy coke user…

He was motivated to get some help as he’d never thought that cocaine could kill him until his friend died.

A woman aged 51 paralysed after taking cocaine. From Maryland USA is a prisoner in her own body after coke triggered a brain stem stroke. She can see, hear, feel and think, but cannot talk, eat or move any muscles.

United Arab Emirates price and owner of British-based fashion label Qasimi Khalid Al Qasimi found dead after a cocaine binge at his luxury apartment in Knightsbridge London aged only 39. His twin sister and family was said to be heartbroken…

People Are Not Awake About Cocaine

Cocaine is not the party drug it claims to be. On my facebook page, when I post about charging £297 for a double breakthrough session to be free from cocaine’s hold, people post all sorts of bravado, “I can have a fab weekend on that” but the private messages tell a different story.

These people have connected the dots of how cocaine feels over time. How they feel an hour later, the next day, a wasted weekend and back at work feeling wrecked.

Time to book your session at the Birmingham Cocaine Clinic to curb your cocaine addiction ? You can book now by paying your deposit from this website. Or calling us on 0121 241 0728.

Not quite ready yet ? Try our FREE Quit Cocaine Online Course Here.

Having trained in hypnotherapy and NLP since 1993 Debbie has assisted on over 60 NLP & Hypnosis courses as well as teaching students herself. She has a keen interest in helping people with addictions. "Debbie Williams is a skilled and effective NLP trainer and hypnotherapist" Paul McKenna
View all posts by Debbie Williams →

Cocaine And Paranoia
Who Is Cocaine Addictions Expert Debbie Williams?

If she is with a client, please leave a short message along with the best time(s) to call you back.